Life West is providing a one of a kind 12 hour CE package featuring some of the best and brightest in chiropractic. Included are all California mandatory topics for re-licensure. In this package we have provided seminars that are relevant, up to date, and in line with some of the most important conversations of the profession to date. In this package you will have access to the following courses:

Ethics, Law, and Preventing HIPPA Audits in a Social Media World
Michelle Massa, DC
2 ethics CE hours
Dr. Massa is a practicing chiropractor and former faculty and Health Center Compliance Officer at Life Chiropractic College West.  She'll guide you through the latest laws, policies, and procedures so that your practice will be compliant and up to date.
Examination of Headaches, Vertigo, and Cervical Spine Sprain and Strain
Ramneek Bhogal, DC
4  exam/technique CE hours
This 4 hour presentation is designed to help practitioners identify common headaches, types of dizziness, and sprain/strain of the cervical spine through clinical history taking and examination.  Clinical signs and symptoms will be reviewed and emphasis will be placed on how to differentiate one presentation from the other during examination.  Attendees will walk away with the confidence to identify and better care for patients with these clinical diagnoses.
Stroke: Cervical Spine Adjusting, Stroke and Cervical Artery Issues
Gerry Clum, DC
3  general CE hours
The conversation around cervical spine adjusting and vertebral artery issues has changed significantly in the last ten years.  Recent epidemiological and anatomical research illuminates and clarifies the disputed connections between chiropractic and stroke.  Dr. Clum delivers a clear and invigorating update on the safety of cervical spine adjusting and vertebral artery issues, based on a review of the scientific literature.
Diagnostic Imaging in Chiropractic Practice
Jamie Motley, MA., DC, DACBR
2 x-ray CE hours
Dr. Motley, Life West Professor and Director of the Master’s of Science in Diagnostic Imaging program, presents current imaging standards and practice and reviews typical and unusual cases.
Pharmaceuticals, Heart Rate Variability, and the Nervous System
Pamela McBride, DC
1 general CE hour
When it comes to medications, it pays to know your enemy. This one hour seminar demonstrates how balancing the nervous system can be made more difficult when certain medications are being taken by your patients. Without an understanding of medication impact, patients may fail to improve despite your best efforts.  Improve your patient care by understanding which classes of medications are most likely to impact the care you provide.

About this Online Seminar Package

Online CE at Life West is simple and engaging.

If you prefer to take one or more of the package courses on their own, rather than purchasing the full package, you may find them here:

Dr. Ramneek Bhogal completed his undergraduate work at the University of Nebraska and is a 2002 graduate of Palmer College of Chiropractic. He has been an Associate Professor at Palmer, and Chair of the Technique department at Life Chiropractic College West. As a Diplomate of the American Board of Chiropractic Internists (DABCI) and a Functional Medicine practitioner, his focus in practice is managing patients with complex presentations like fatigue/stress/hormone imbalances, digestive dysfunctions, and immunity challenges. He teaches functional medicine/wellness concepts at a post graduate level to other healthcare providers and often presents at professional conventions and international symposia. He is the co-founder of Peak Potential Outreach, providing integrated health services to the underserved at home and around the world.  He enjoys practicing, spending time with his family, and traveling. 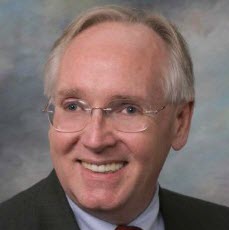 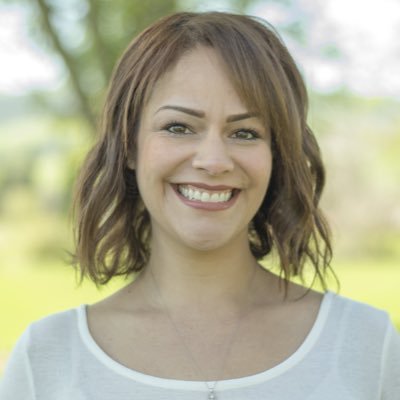 Dr. Michelle Massa is a 2007 graduate of Life Chiropractic College West. Her background is in Health Education, Ergonomics and Chiropractic Education. She teaches Continuing Education courses for chiropractors in various topics including Ethics and Law, HIPAA, History and Exam as well as Ergonomics with Chiropractic Technique. She is also the founder of the Latin American Chiropractic Association which supports and empowers doctors of Spanish Speaking descent and Spanish Speaking chiropractors internationally. She is in private practice in Danville, California specializing in Women's Health.

Surgeon, professor, and science writer:  Dr. McBride approaches each role anchored with the core beliefs that "human bridges are created through education" and that the sharing of one's knowledge in the service of improving the lives of those around us is one of the highest callings we can accept. No matter which hat she's wearing, her goal is unified: empowering people to be thoughtful decision makers through education."

Dr. McBride began her career as a surgeon providing acute care as well as cancer therapy. Following nearly two decades in surgical practice she set her sights on higher education and now serves as a professor at Life West Chiropractic College. At Life West she enjoys sharing her knowledge and appreciation for the anatomical and nutritional sciences. Her special academic interests include heart rate variability (HRV) monitoring and how it is impacted by medications, diet, exercise, stress, and other lifestyle factors. "Living with Health & Longevity in Mind" is the theme of her upcoming book to be released in 2019.

When she isn’t working, you’ll find her reading on the beach, shooting a few at the archery range, or stretching it out in the yoga studio; sometimes, all three on the same day. 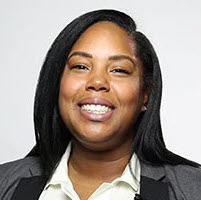 Credits are awarded individually for each course.

See below for a list of credits that may be available for this seminar.

Life Chiropractic College West is accredited by the CCE and the Western Association of Schools and Colleges (WASC).

*The following State and Province boards do not require an application when a program is sponsored by a college accredited by the Council on Chiropractic Education (CCE): CO, CT, DE, DC, ID, IL, IA, MD, MA, MI, MT, NE, NJ, OH, OR, RI, SC, UT, VT, VA, WA, WY, BC, NB, ON, QC. Life Chiropractic College West cannot guarantee that any session of this offering will be accepted by these licensing board(s). Life West urges licensees to familiarize themselves with the laws governing continuing education in the jurisdictions where they hold licensure.

Base cost:
$139.00
Please login or create an account to take this course.

Computer, tablet, or phone with sufficient audio volume, and a strong Internet connection are required.